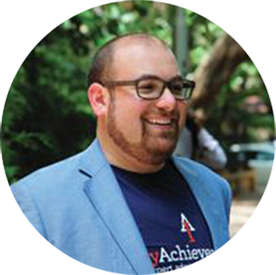 Benjamin P. Stern is the founder and CEO of IvyAchievement. He received his J.D. from Yale Law School and worked at two major law firms, Sullivan & Cromwell LLP and Simpson Thacher & Bartlett LLP in New York and Palo Alto. At Yale, he was Senior Submissions Editor of the Yale Journal of Health Policy, Law & Ethics and an Editor of the Yale Journal of Law & Technology. Benjamin received his undergraduate degree in biomedical engineering at Columbia University, where he was named to the Tau Beta Pi engineering honor society. At Columbia, he was a copy editor at the Columbia Daily Spectator and the Executive Editor of the Triple Helix: International Journal of Science, Society & Law.

Benjamin has an eye for detail and is a “straight talker.” He believes in honest, constructive feedback and invented IvyAchievement’s Four Point Review.