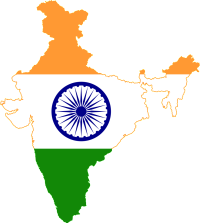 Students from India are applying to college and graduate school in the U.S., U.K., and Canada in increasing numbers. Although English is a common language among all those countries, there are many differences between Indian, American, Canadian, and British English usage, grammar, and punctuation. One of the purposes of this blog will be to point out those differences because it is important to keep them in mind when taking the SAT or ACT, which are written in American English, and when writing college application essays and graduate school application essays. Here are some examples of differences you’ll encounter:

This blog post deals with a usage unique to Indian English. It is common in India to use “the same” as a pronoun to refer to a noun or group of nouns immediately preceding it. Example:

I wrote my paper and submitted the same to my instructor.

Although perfectly acceptable in India, this is not common in American, Canadian, or British English and will sound “foreign” or incorrect. In these countries, “the same” is used as a pronoun almost exclusively in legal documents. (Even there, its use is discouraged because of potential ambiguity.) When you’re writing college and graduate school application essays, there are usually two options:

I wrote my paper and submitted it to my instructor.

2. Use “the same” as an article and adjective together to modify a noun related to the previous noun. For example, instead of writing:

I sat in my chair on Tuesday and returned to the same on Wednesday.

I sat in my chair on Tuesday and returned to the same seat on Wednesday.

“My chair” is a specific “seat.” Also acceptable:

I sat in my chair on Tuesday and returned there on Wednesday.

I loaned you 10,000 rupees last week and I expect the same to be paid on Monday.

I loaned you 10,000 rupees last week and I expect the same amount to be paid on Monday.

Yet another example, where “the same” refers to an action:

I started using my left hand to brush my teeth and did the same every day for five years.

I started using my left to brush my teeth and did the same thing every day for five years.

There is no problem with using “the same” to describe a noun or noun phrase immediately following it. In this case it is functioning as an adjective phrase (article + adjective):

We watched the instructor and painted in the same way.

I watch the same three television shows every day.

My father wore the same shirt for two weeks in a row.